The mascot of the Kings since 2007 is Bailey, a 6-foot lion (6-foot 4 inches with mane included) who wears No. 72 because it is the average temperature in Los Angeles. He was named in honor of Garnet "Ace" Bailey, who served Director of Pro Scouting for seven years before dying in the September 11, 2001 terrorist attacks. Bailey is the second mascot, after Kingston the snow leopard in the early 1990s. 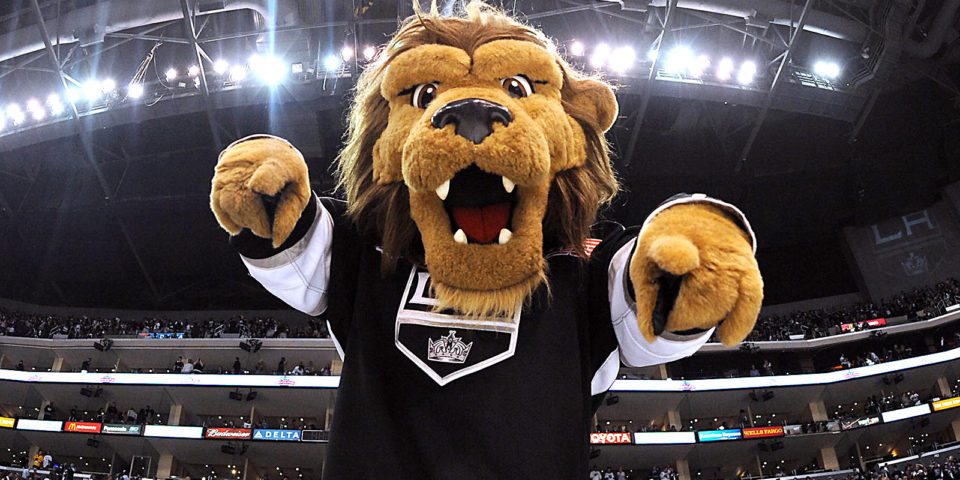 The Kings have developed strong rivalries with the two other Californian teams of the NHL, the Anaheim Ducks - who also play in the Los Angeles metropolitan area, leading to the rivalry nickname "Freeway Face-Off" as both cities are separated by the Interstate 5 - and the San Jose Sharks – which also showcases the contrast between Northern and Southern California. The Kings eliminated both teams during their 2014 Stanley Cup run, and have played outdoor games with them for the NHL Stadium Series, losing to the Ducks 3-0 at Dodger Stadium in LA in 2014 and beating the Sharks 2-1 at Levi's Stadium in Santa Clara, California the following year.

They also have somewhat of a rivalry with the Chicago Blackhawks after facing them for 3 years straight in the Western Conference Final.